Why Does Italian Food Taste so Good?

The number of us who travel to eat well has skyrocketed in the last few years. To the best of our ability we find and consume the most incredible eats we can manage to research. Once firmly established on the boot, we gorge on porcini, weep with joy when the waiter with the truffle shaver approaches, munch the tender shoots ofpuntarellarobed in olive oil zapped with bits of anchovy, and gleefully dig into the ravioli made from sheets of pasta that minutes before was flapping around on the giant rolling pin of the 87 year old pasta wizardess in the kitchen.

Demand is driven by the lack of supply, any reasonable economist can tell you. It's been like that forever. Adam and Eve didn't need a lot of coercion before chowing down on the apple that propelled them into humanness, despite living in a garden that provided everything they could possibly need. Besides, the things I've described above are not kinds of good eats you get at the Olive Garden.

So how has Italian food manage to escape the scourge of mediocrity?

My feeling is that we Americans have allowed corporate interests to supply a great deal of our food. Much of that food is consumed in corporate restaurants, that is to say publicly traded restaurant chains, who are beholden to their stockholders and required to increase sales and profit every year, even when their customer's income didn't budge.

If you have to increase sales when population isn't increasing much and income is actually decreasing, you need desperately to create food that doesn't offend anyone because you need to feed ever more people. And that's the very meaning of mediocre. "Pesto is too green!" Olive Garden diners protest. "The flavor of capers is too surprising!" Real Italian food cannot flourish under such conditions.

And we're not even into the ubiquitous anchovy yet.

Italians can ignore all this. It's not the way they eat. The food is simple. Simple food relies on good ingredients. 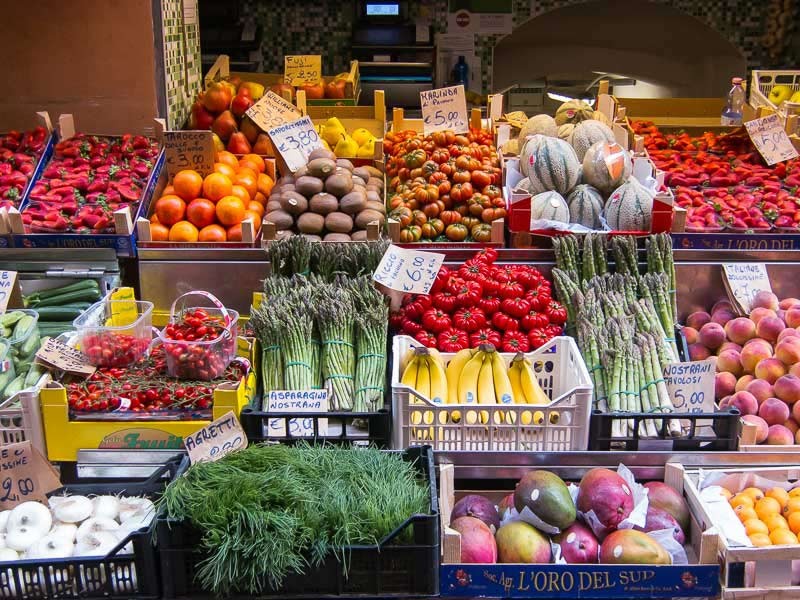 Great ingredients can be found all over Italy, in open air markets, city alleyways, and small shops. Some places are famous. The slopes of Vesuvius produce the excellent San Marzano tomatoes, which thrive on the volcanic soil. Raising them is dangerous; the volcano is an active one. Italian authorities tried to relocate the tomato growers a while back, but they wouldn't budge.

Good ingredients and the value they bring are worth the risk--to Italians. Want to taste the best tomatoes you've ever eaten? Then come to Campania before that mountain blows its stack again.

It's not just vegetables. Let's look into the windows of a typical butcher shop in Bologna, Italy's culinary capital. 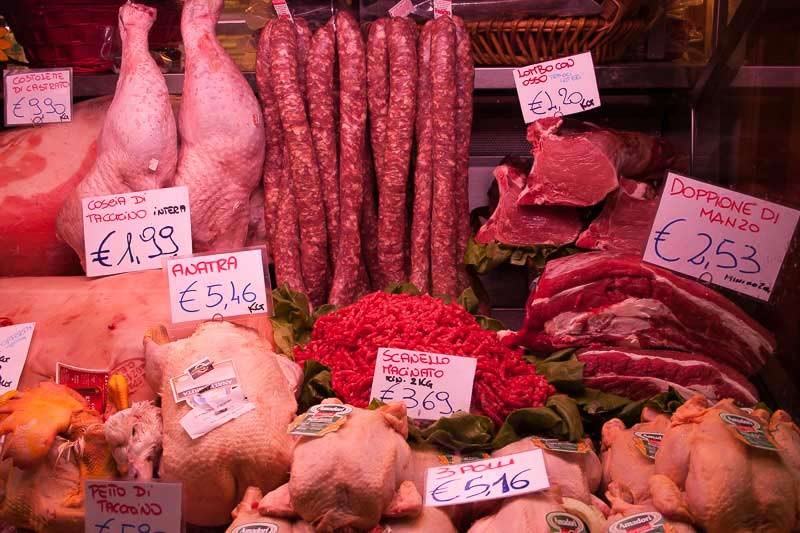 At the bottom of the picture you see the chickens. You can see the price. 3 for 5.16 euro, about $5.50. These are Italian "industrial" chickens. Come to Italy, rent an apartment, and roast one up. Dare you. If it isn't a million times better than an American industrial chicken, I'll eat my socks. It's dry chilled, it's trussed and ready for the oven, it doesn't have the neck stuffed into the body cavity that you'd throw away in America. It isn't stuffed into plastic with that "Persian Carpet" to hold in the blood and oozings of an American chicken. You get what you pay for. all edible except for the bones. 3 chickens for 5.16 euro.

When I sit down with my neighbors, we eat local food. I don't mean that the food comes from within 100 miles of us, I mean that the food comes from no more than a kilometer or two from where we sit. Our little village of maybe 80 people produces prize winning olive oil, prize winning salami, DOP honey, corn for polenta and a vast variety of vegetables, all by private individuals, all by my neighbors. Our wild boar will come from animals feasting on the polenta corn planted in fields just a bit down the street.

The Variation of Food

The food of Italy varies greatly from north to south. Polenta and cows in the north, pasta and sheep in the south. The "demeanor" of the food changes as well. Rich, hearty and serious in the north and pungent, spicy and colorfully fun in the south. Here's some seafood in Naples: 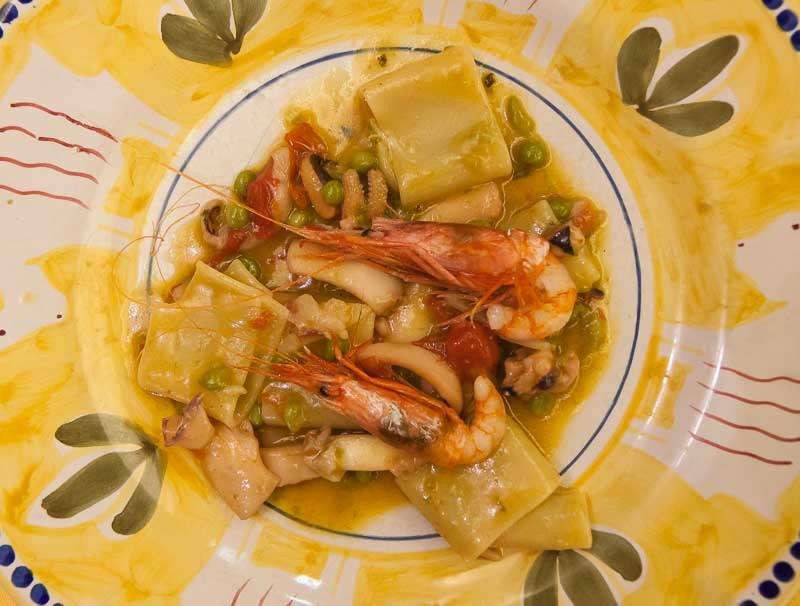 So come to Italy while the country can still manage its staunch insistence on fine ingredients.

Perhaps I've lead you to the conclusion that Italy is on a linear path to culinary perfection, while America wallows in the nearly inedible.

Historically, this is is not the case. If you've followed along, you'll notice that a great deal of the culinary icons Italy has nurtured and embraced come from the New World. Those tomatoes, for instance, and the corn for polenta and the squashes Italians do so much with.

Those New World vegetables liberated Italians from the cult of wheat. You don't hear of people having a nice crop of wheat in their gardens because wheat takes enormous amounts of land and resources to produce and process. You need a rich landowner and lots of lowly-rewarded labor to make a business out of wheat. Garden vegetables are wholesome, nearly free to produce, and don't require a power structure to maintain.

But that's not all. Take pizza. It started out in the 18th century as bits of flattened, left-over bread dough given to the poor. It went to America and emerged back in Italy as pizza, so now we can argue which variation of pizza is "better."

The world is a maze of immigration, trade routes, sharing, modifying, and good food. I just hope we don't screw it up. 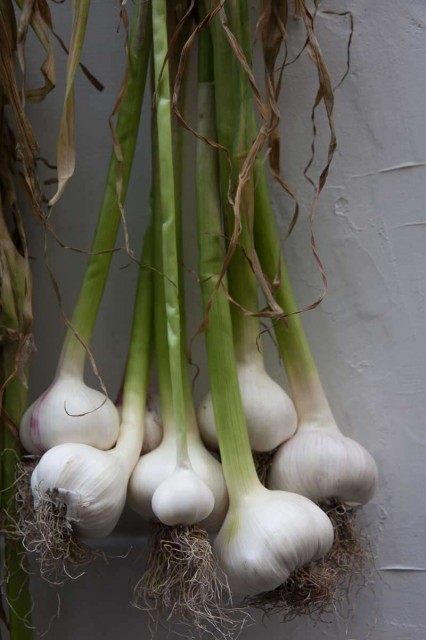