Why You Should Go to Sardinia

Today we set sail for Sardinia. The car will be stuffed into the bowels of the ferry at Livorno and at 6 am the next morning all hands will be on deck for our arrival at Golfo Arancia. We will have docked in coastal Sardinia, a world apart from mainland Italy.

We will point the car inland, a world apart from anywhere on earth. Graffiti written in English will set the tone: Tourists! Sardinia is not Italy!

Indeed it is not.

We will be immersed in a world that has one foot set in the modern age (the first talking cash register I'd ever experienced happened to be functioning inside a closet-sized fruit and vegetable store in the village of Sedilo in 1983) and the other in a memorable and unique  past. What's important though is that big toe scratching the pagan earth. One of the fascinating elements of life in Sardinia comes from a time long ago when people listened to the earth and did what it whispered to them. Today most of the world chooses to drown out that whisper with a chemical fog and a shout from men in suits immersed in the toasty hell of a Sisyphean task: making ever more money just because the "markets" demand it of them.

To the casual observer of its charms, this boot print called Sardinia might appear as a Disneyland of inconceivable facts. If a tourist should have the good fortune of stopping at a sacred well like the one at Santa Cristina, he or she would be forced into suspending the likely belief that the blocks used in its construction, formed with machine-like precision such that a piece of modern note paper couldn't be forced between the un-mortered blocks, must be modern. How could could possibly have been made by a people 1100 years before Christ--and without power tools? 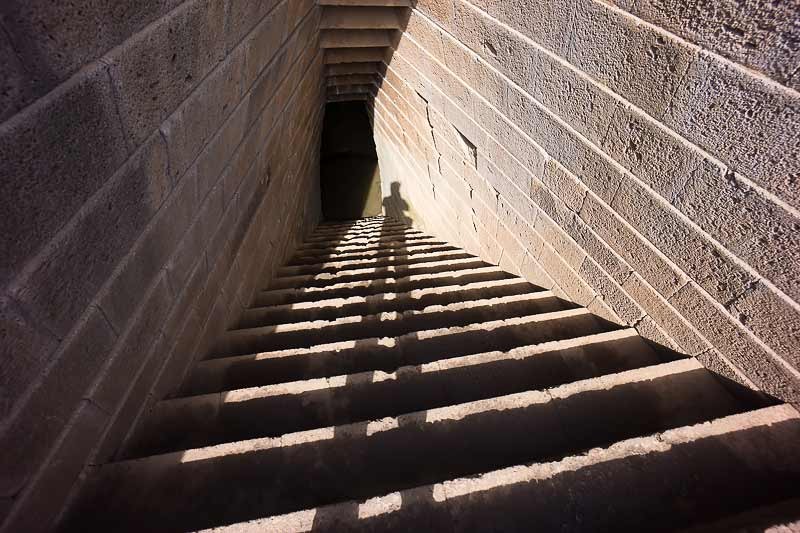 If you come to this strange land with your sense of wonder set to a child-like sensitivity, you will come away amazed at what people could do as humans alone, humans without power tools and explosives that is.

As we continue on our journey, along the road we'll begin to see the ancient stone towers called nuraghi (the plural of nuraghe, possibly meaning "hollow heap"). There are 7000 of them in Sardinia. You are free to wonder about them; experts can't decide upon their use. Keep in mind that you are gawking at the most advanced architecture of their time; Nuraghi were being built of monumentally large boulders 18-15 centuries BCE, in the middle bronze age.

If we were to make a stop at Fordongianus we would come across another Sardinian wonder. Roman Baths. Ok, sure, there are lots of them. You could go to Rome, for example, as see mere shells of the Roman ideal...

But wait. These are thermal baths. The water is still hot and sulfuric, 54°C (129°F) according to my Sardinian friend Angela Corrias in Fordongianus: Roman Thermal Baths in the Heart of Sardinia.

The first time we visited the baths, more than 30 years ago, old women were washing clothes in the hot pools.

And yes, people have been known to frolic in the waters. Still.

We're heading for a village that has embraced the modern era without forgetting its ancient roots. It's called Bauladu. The mayor, Davide Corriga Sanna, was Italy's youngest when he was elected at age 25. During his mayoral stint he's managed to make the little town of 800 people into a major literary destination. He's worked at codifying the local traditions by applying for DOP status for traditional foods like Sapa, a syrup made from cactus pears and used in traditional pastries. He has rallied the unemployed youth into a force for community good. They are currently cleaning up and maintaining the archaeological site just out of town around the Nuraghe of Santa Barbara, which I helped excavate in the 1980s. I can't wait to see them and possibly join them. While you as a tourist may not see it, there is a thriving culture underneath these small Sardinian villages.

And then we will head out to document more of the Sinus Peninsula, an area of Sardinia with one of the richest and most diverse set of tourist attractions in the world, from the monumental stone warriors of Monte Prama to the spectacularly situated ancient site of Tharos, to a town used primarily for filming spaghetti westerns (yet hosting a church with  an underground hypogeum dated to 600 AD) to some of the most important wetlands in Europe. And of course there are fine beaches as well. All these things are separated by very short driving distances.

Perhaps you should start planning a trip to Sardinia--if you are brave enough. It's not for everyone. There are pagan rituals, drumming and mysterious people in carved masks. And horses? Yes, everywhere. 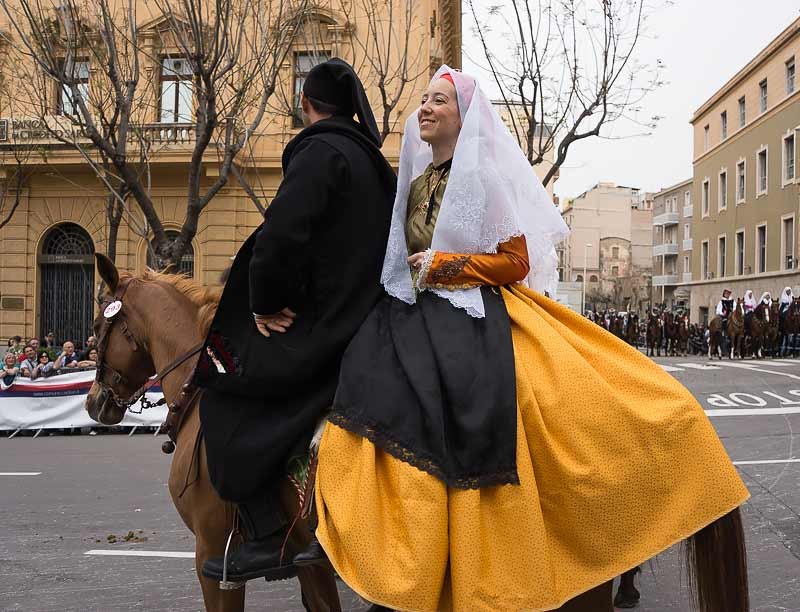 What to Eat in Sardinia
The Best Stroll in Italy